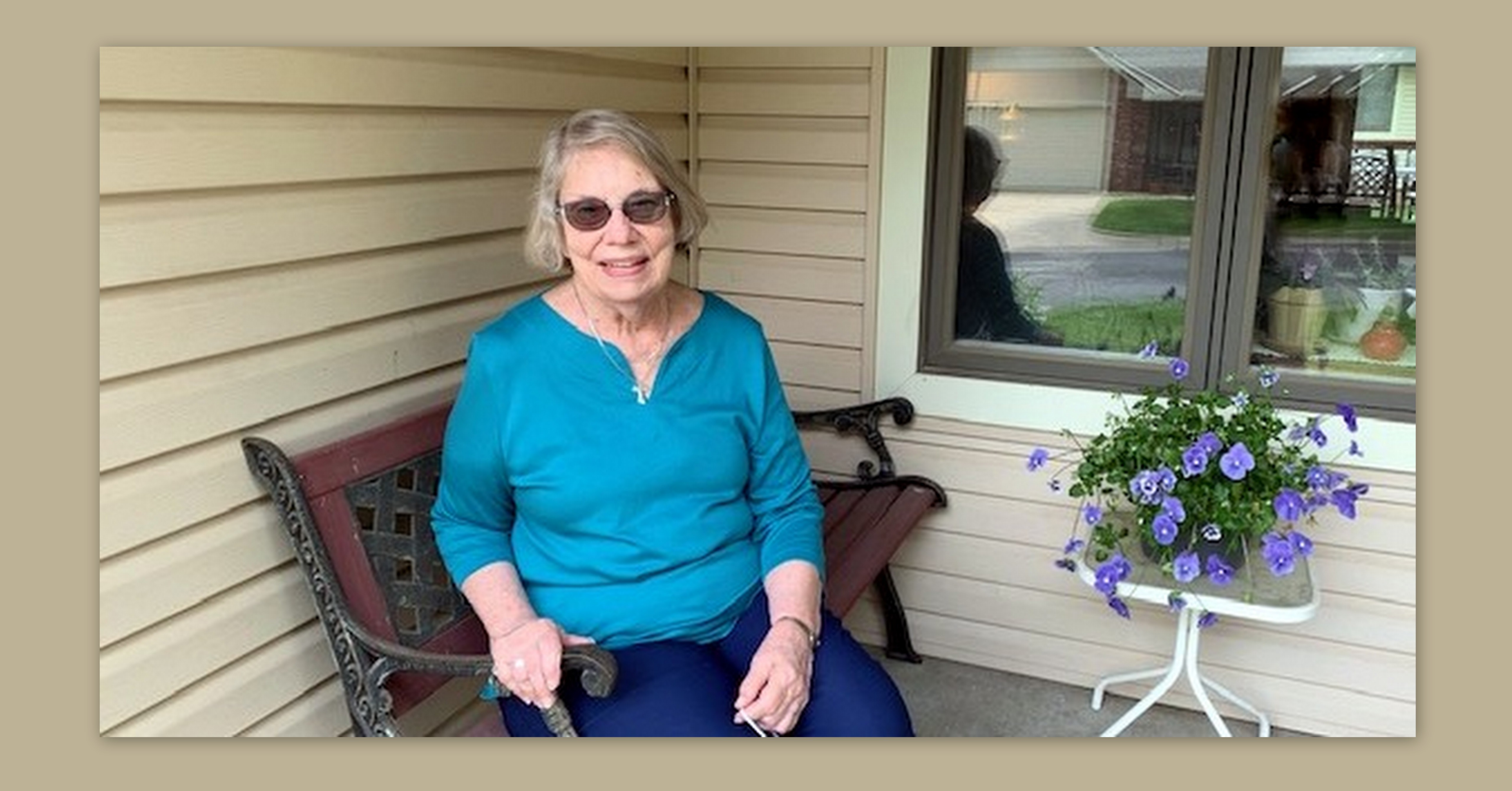 For resident Gini Shoulberg, the move to Lawrence Presbyterian Manor took a bit of time, but it didn’t require much of a drive.

“My house was in Lawrence, right down the hill, less than three minutes from here,” Gini said. “I’m basically in the same neighborhood.”

She left her home of 44 years last November “in the middle of the pandemic.” It took nearly two years for her to make the move after first visiting her future home at Lawrence Presbyterian Manor.

“I came in and took a look at it and fell in love with it,” Gini said. “I had to get the house taken apart and sold to get here, and they got my new place empty and renovated — they replaced everything. I walked into a brand-new house.”

Gini shared her former home with her husband, Don, who passed away in 2013, which was the year she retired from teaching. They met in Durham, N.C., where Gini was teaching and Don was finishing his degree at Duke University.

“Back in the ’60s, I was a nun and he was a priest,” Gini said. “He was studying at Duke and I was teaching Junior High. When he finished his degree, it was time for him to move on. He was going to move to a parish and work with couples and families. He went to Houston for an internship, and I was still teaching — and we realized something essential was missing from our lives.”

Don and Gini later moved to Lawrence, where he worked for the Watkins Hospital at KU, the Menninger Foundation, and in private practice. Gini continued teaching for another 50 years. For the last 30, she taught first grade.

“As my kids got to junior high, I said I didn’t want to live this age day and night,” Gini said.

Gini and Don have three children and six grandchildren. Three grandchildren graduated from high school together this year.

“My daughter couldn’t get pregnant, so they tried to adopt,” Gini said. “When she went to get the baby right after it was born, she found out she was pregnant with twins!”

After settling in at her new home, Gini has found plenty of ways to keep herself busy. She’s a hospice volunteer and handles weddings and counts collections for her church. She’s also a member of the Secular Franciscans, a group dedicated to living a simple and humble life built around living the Gospel.

She also enjoys playing bridge and watching movies and plays.