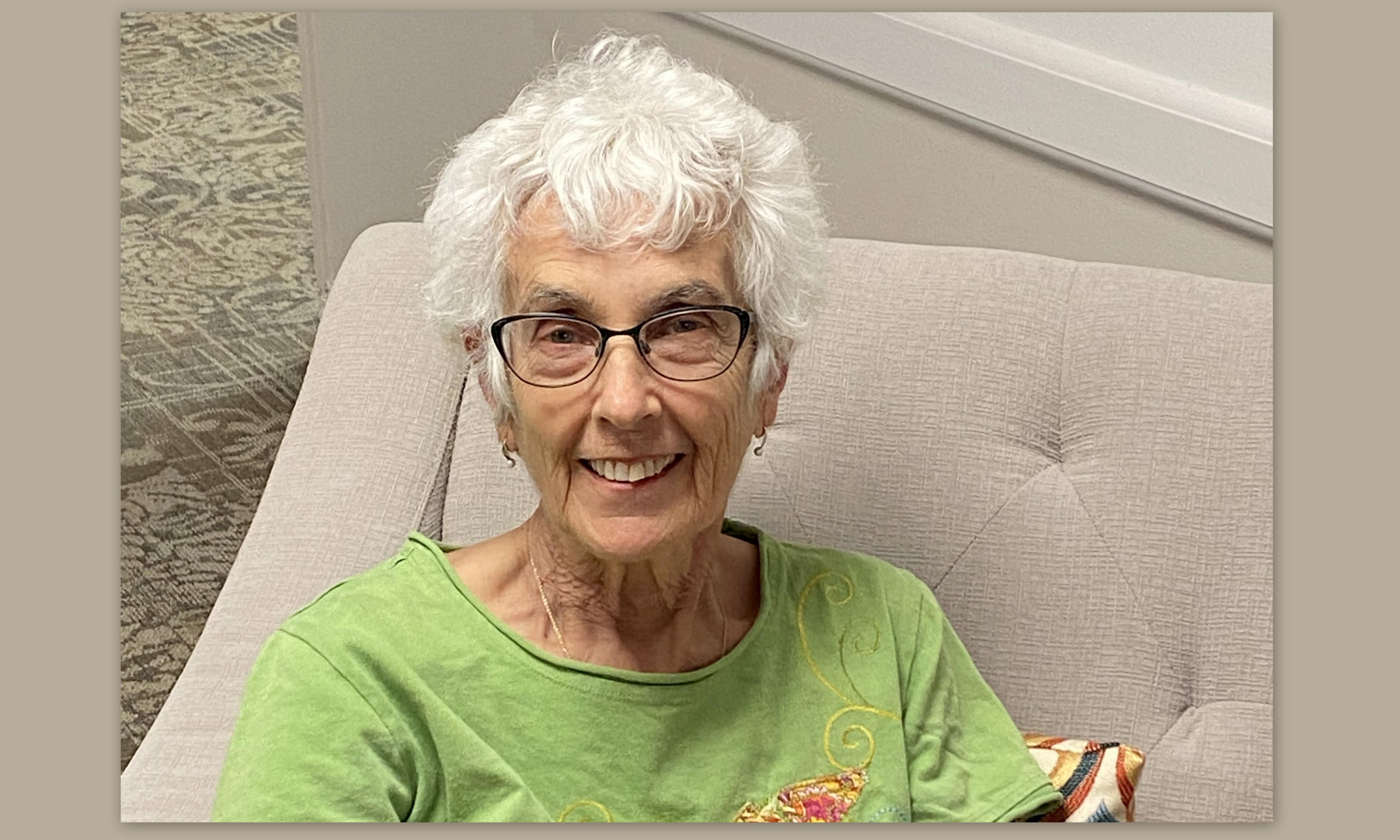 When Mary Lou Wright put her house on the market last September, it seemed like the hardest part about her move to Lawrence Presbyterian Manor was going to be finding a place for all of her books. Little did she know that when her house eventually sold—eight months later—it would come in the midst of a worldwide pandemic.

With the state of Kansas just beginning to emerge from a mandatory stay-at-home order, Mary Lou was not only venturing out into a whole new world, she was set to become the Presbyterian Manor’s first new resident in the Coronavirus era.

“Curtis Jones (LPM marketing and sales director) told me I was an experiment,” said Mary Lou.

As the community tried to determine what was the safest way to move Mary Lou in, it was initially thought that she and her furniture were going to be quarantined separately. However, it was later decided that since her furniture hadn’t left her house they could be quarantined together.

“People ask if I’m going crazy, but quite frankly it’s no different than how I was living before,” said Mary Lou.” “At my house I was packing for two weeks and now I’m unpacking and just trying to find places to put everything.”

The move itself was a bit of an adventure as well, with it being determined that the safest way to get all of Mary Lou’s belongings into her new apartment was to carry them up three flights of stairs—avoiding the community’s elevators.

However, despite all of the extra steps, Mary Lou was extremely happy with how the move went.

Now completely moved in, Mary Lou is not only getting used to her new surroundings, but an entire new way of living due to the restrictions surrounding the Coronavirus.

“There are adaptations, but you just go with the flow,” said Mary Lou. “What else are you going to do? You want to be safe and for your friends, colleagues and neighbors to be safe.”

But Mary Lou has found that even the restrictions come with their own advantages.

“What’s not to like? They bring my food to the door, they slip my newspaper under the door … anything I don’t like is my problem,” said Mary Lou.

And as for all of those books? Prior to retirement, Mary Lou was partners with Pat Kahed in owning and operating The Raven Bookstore in downtown Lawrence.

“I did the business stuff and Patty did the ordering—she’s the intellectual of the pair,” said Mary Lou. “It was a great division of labor. We had very separate skills that worked well together and we had a great time.”

In addition to the bookstore, Mary Lou served on the Lawrence School Board for 12 years and enjoyed gardening … and of course, reading.