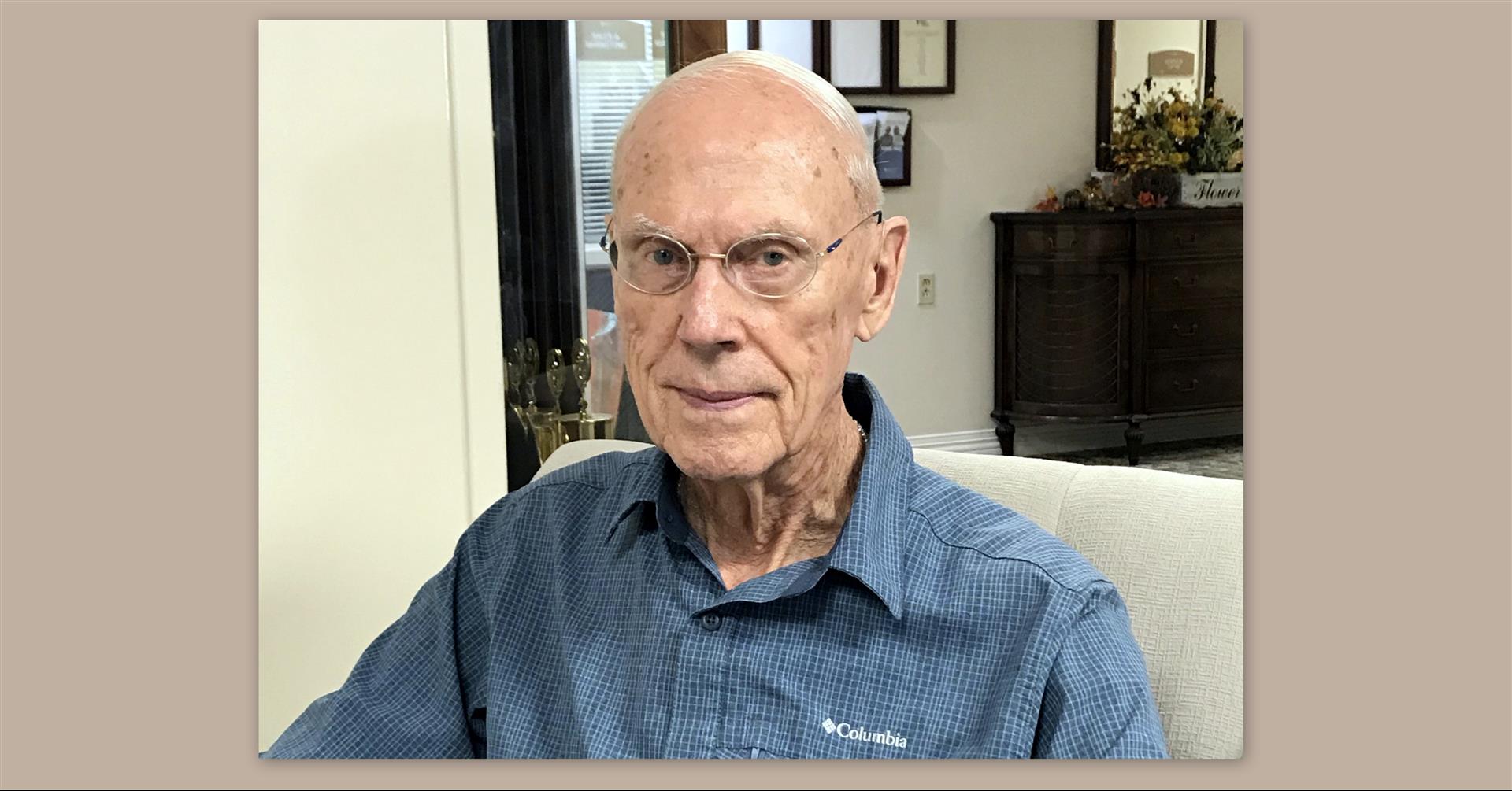 Max Van Doren moved to Lawrence Presbyterian Manor at the end of August after living in California for over 60 years. But he’s no stranger to Kansas or the Lawrence community.

“I grew up in southwest Kansas in Deerfield, a town of 450 people and an agricultural community. There were eight people in my graduating class,” said Max.

Max got his law degree from the University of Kansas and moved to California in 1957. Before moving back to Kansas, he lived just north of Pasadena.

“I had some familiarity with Lawrence and wanted to live in a university town. It’s a better fit for me and much less expensive to live here than in California,” said Max.

For Max, there’s a lot to like about Lawrence and the Presbyterian Manor community.

“I like being in Kansas and I like the people at the Presbyterian Manor. It’s been very pleasant and I’m beginning to be more active and am enjoying it,” said Max.

He’s looking forward to Christmas, too, which he plans to spend with family.

“My two daughters are both coming for Christmas. It will be nice,” said Max.

Posted on
November 5, 2019
by
Cindy PMMA
filled under
Residents
« Back to Blog