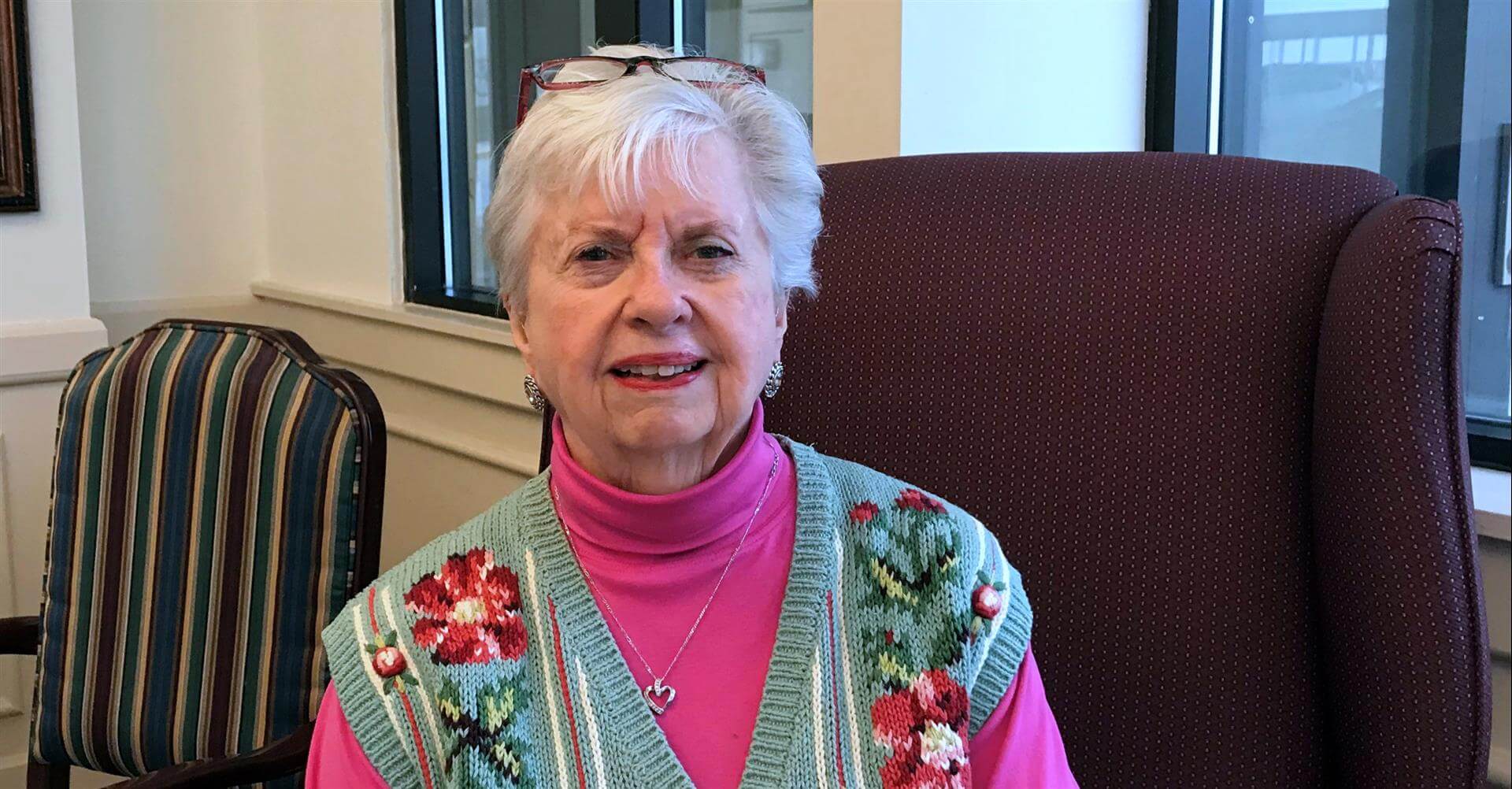 For Pat Blair, motherhood is made up of intimate moments of harmony punctuated by extended outbursts of all-out family raucousness.

Growing up, it was a mutual love of music that enabled Pat to connect with her own mother and spend some quality time together.

“We played piano duets together,” said Pat. “We mainly just played for ourselves. Family would be around, but it was something we did together.”

When she became a mom herself, Pat infused music into the lives of her own children (two daughters and a son) who each took piano lessons and sang through high school and college—all of the while, Pat continued to use music for her own somewhat therapeutic purposes.

“I remember I used to play a lot of Rachmaninoff when I got mad,” said Pat. “I could just go and pound it out on the piano instead of on the kids.”

Family get-togethers were a little less dignified. Mother’s Day in particular involved big gatherings of 15 to 20 people, which, at some point, would seemingly always deteriorate into a large, every-man (or woman)-for-themselves water fight.

“I don’t know how many times [my husband] Ken and I came home from Topeka with our children in the car and he’s paying at the toll with saturated money,” said Pat.

As for the water fight’s origins, Pat takes full responsibility.

“I think I started it with a hammered aluminum pitcher in the 1940s,” said Pat.

For many years, Pat was also known for bringing a dish called “Calico Beans” to events with friends and family, it was a recipe she got from her sister.

“It’s probably not that healthy but it’s good. It’s one of those that people gobble down so that was a favorite at church suppers,” said Pat.

But as good as the beans are, Pat wouldn’t be able to enjoy them without company.

“I feel very blessed that we have such a loving family—and not just our immediate family but the nieces and nephews, too,” said Pat. “It’s just rich to have that many caring people around you.”

Brown one-third pound of hamburger with half a pound of bacon (cut in pieces) and one cup of onion (cut in large chunks). Drain off fat and combine with one 15 oz. can of baked beans (not drained). Add one can lima beans and one can of kidney beans (both drained).

PHOTO: Pat Blair shares her secrets to motherhood: "I remember praying a lot. And one of the most important things is to try and listen and hear what the children are really saying."

Posted on
April 22, 2019
by
Cindy Kelly
filled under
Residents
« Back to Blog