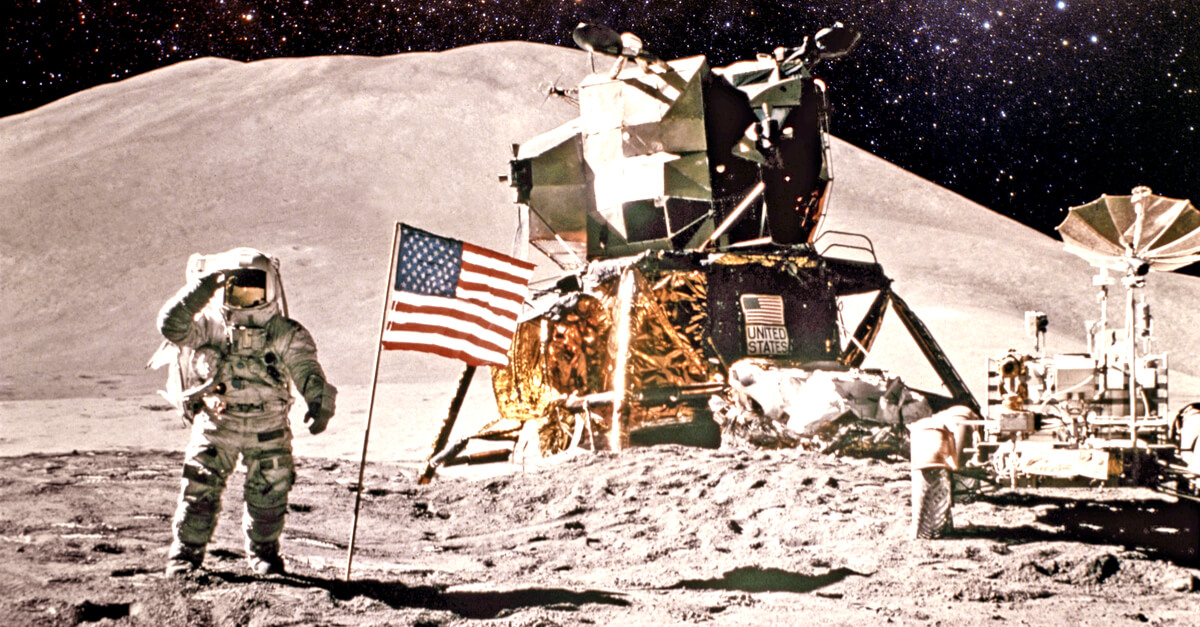 WHERE WERE YOU WHEN APOLLO 11 LANDED ON THE MOON?

July 20, 1969 is one of those days resident Ken Lohrentz will never forget.

“It was a Sunday evening in June, and my wife, Lola, and I were driving across Syracuse, N.Y. That’s when we heard the announcement on the radio that a man had been placed on the moon. It was really exciting to hear this. Those years between when Sputnik landed – as I recall, that was 1957 – it was talked about all the time how Russians were getting ahead of us and how we have to improve our systems and catch up. It was an important national debate we were having. So, the event in 1969 was a real culmination of all those efforts and was very much in the fore front in our political and social consciousness at the time,” said Ken.

The United States’ Apollo 11 was the first manned mission to land on the moon. There were six manned U.S. landings between 1969 and 1972. So far, the U.S. is the only country to have successfully conducted manned missions to the moon.

While the event is one that is clearly etched in Ken’s memories, little did he know that the event would make a lasting impact on the rest of his life.

“One of the national focal points which grew out of Sputnik and the concerns to catch up that night was a national program to beef up our university capacities to produce graduates in certain areas. One of those was science, space and exploration. But then there was another one which was established several years after Sputnik in the education department. That was a legislative effort to establish national resource centers that would specialize in the studies of various parts of the world to improve our language, history and overall knowledge of certain parts of the world,” said Ken.

The result was a program establishing national resource centers and the National Defense Education Act of 1965 was set up to establish these centers in various universities.

“One of these was a program of eastern African studies at Syracuse University, which is what attracted me to Syracuse. I had taught secondary education at a boy’s school in east Africa (Tanzania) from 1962-1964. So, in a sense, I benefitted from this new emphasis from the area that developed in higher education. I came back to enter the field of teaching and entered the program at Syracuse – so my expertise would dovetail the personal experience I had from teaching in east Africa. I was given the opportunity to study at one of these programs that had one of these newer international studies programs that focused on different parts of the world. I capitalized on that by becoming an academic librarian with an African focus,” said Ken.

Ken had jobs at various places but came to Lawrence in 1984 and spent the rest of his career at the University of Kansas until he retired in 2006.

Next month is the 50th anniversary of the Apollo 11 landing on the moon. On reflecting about significant historical events in our lifetime, Ken shared, “They trigger memories down memory lane and dovetail our personal path that we couldn’t foresee.”

Posted on
May 21, 2019
by
Cindy PMMA
filled under
Residents
Nostalgia
« Back to Blog