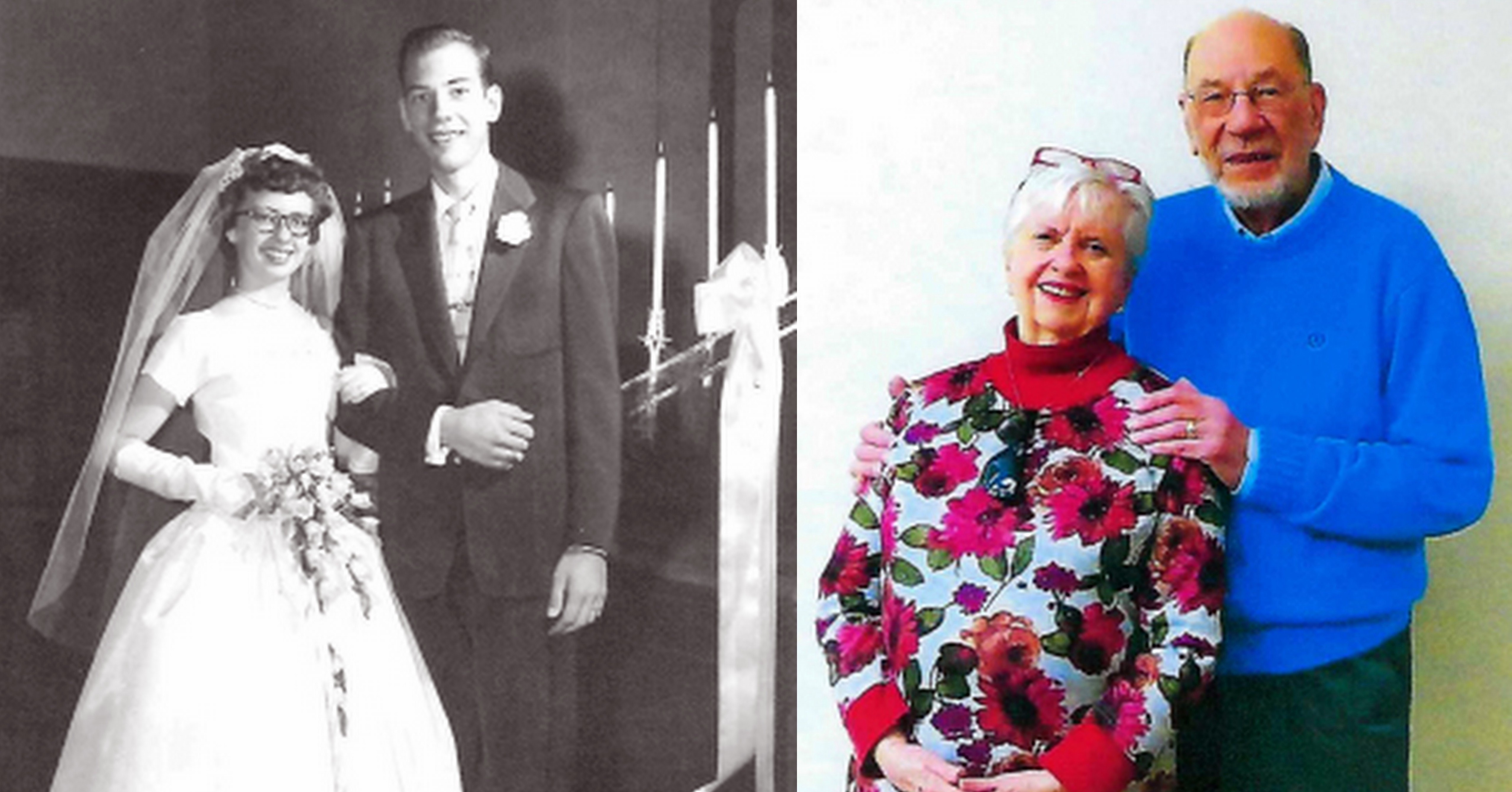 If you ask Pat and Ken Blair how they’ve navigated 67 years of marriage, they’ll give you a simple but important answer.

“First of all, choose very carefully, as it might last that long,” Pat said.

But it also helps if both people have similar backgrounds, interests, goals, and a commitment to working through disagreements and listening to each other.

“Really hearing what the other person is saying was key,” Pat said. “Don’t go to bed angry was another.”

Another key element to their marriage has been a shared love of music.

“Music has always been a constant for both of us,” Pat said. “We started out together in the Madrigals and sang in church choirs for over 65 years. We helped found the Motet Singers and welcomed them into our home, including the Manor townhome. Seventeen people here many weeks meant lots of good times shared.”

They raised their three children — Cindy, David and Carol — in Lawrence. Now grown with families of their own, they all live within 40 miles of Pat and Ken.

“We are truly blessed as we all like each other a lot and get together when we can,” Pat said. “I am the matriarch of our clan (that just means I am the oldest), and I do try to instigate family gathering and make the effort to keep family a priority, even through COVID.”

When the kids were young, the family traveled throughout the country, camping and visiting sites in Washington D.C., Colorado, Arkansas, and more.

“Car trips in those days did not mean movies to watch or tablets in hand to keep them entertained,” Pat said. “In other words, there was a lot of grumbling and ‘Mom, he’s taking up all the room,’ ‘she pinched me’ kind of stuff. Trips to both coasts, plus Disneyland and Disney World, bring lots of memories, most of them fun.”

Pat and Ken married young, but they had already known one another for years.

“Ken and I met at Boswell Junior High in Topeka when we were both seventh graders,” Pat said. “We lived on the same street about five long blocks apart but did not really know each other well at that point. Over the next few years, he dated my best friend, Jeanne, and we interacted at some point. That romance ended and we dated a few others in the next years. In our senior year in Topeka High School, we both were chosen to sing in the Madrigal Singers. One night after a sing out, he asked me to go with him and another couple to a night spot to dance. He said later, ‘I got my braces off and there I was.’ That was the beginning.”

After all these years together, Pat and Ken are still happy to be singing partners.

“We are truly fortunate to have each other at this stage of life,” Pat said. “And still be best friends.”

Posted on
November 21, 2021
by
filled under
Residents
« Back to Blog